Markutz' first experience on a pair of turntables came back in 1999. Fascinated by his cousin's old rave tapes, he began mixing House and Hardcore and instantly caught the DJ bug. Influenced by the scratch techniques of the Hardcore DJ's he heard on tape, and a life-long love of Hip Hop he bought a scratch mixer, a stack of DMC videos and set to work.

Honing his turntablist skills through hours of bedroom practice and DJ competitions, Markutz began to define his own style and tastes, with Techno and its subsidiary genres coming to the forefront of his musical selections. He now pushes a unique DJ'ing blueprint, incorporating Hip Hop techniques into the spectrum of underground Techno, Electro, House and Disco music. Heavily inspired by the solful, obscure, and deep electronic sounds of Detroit and Chicago, he brings these influences both to the dancefloor and into the studio, producing tracks under the monikers Mr Markutz and OPR:BATT. A DJ set from this man moves the mind and body, taking you to Berlin warehouses, via Detroit nightspots and Chicago juke joints, through to the new sounds of UK bass music, all cut up and mixed in his inimitable seamless style.

Markutz is a member of the Devon-based Nonom crew (www.nonom.co.uk) , a likeminded collective of DJ's and producers intrinsically linked to the Z-Bop record label (www.z-bop.co.uk). Standing for 'No Nonsense Music' this name defines their uncompromising, visionary attitude towards cutting-edge underground sounds, founded on a mutual love of the music and many years involvement in the scene. Nonom host a weekly radio show on Tuesdays 9-11pm GMT on SWU (www.southwestunderground.net) and a twice monthly show on PHONIC FM (106.8) EXETER (www.phonic.fm).

Having DJ'd all over the UK in nightclubs, warehouses, fileds and quarries, he  currently holds a residency for Bristol-based club night Brock Out, and has also played the following events and venues:
Get On It (Exeter), NONOM - (Exeter, Cornwall, Bristol, London), The Deep End / Breaksphere (Exeter), Jam the Channel (Exeter), Breakdown and The Mixtape Sessions (Cheltenham). The Z-Shed (London), Tekno Notice - (Cheltenham), Screechin Breaks (Cheltenham), Custard Factory (Birmingham), Where have all the good Girls Gone (former residency - Cheltenham). 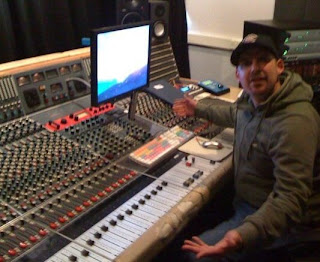 Phat Chex is part of the well respected NONOM (No Nonsense Music) crew and has been blessing the turntables since 1993. Originally starting out as a turntablist playing Hip hop, Phat Chex's love of Electronic music saw him slowly moving into the realms of Breakbeat, Electro, House, Techno and the Post Dubstep sounds which he has spent the last few years fusing together to create his own unique identity within the scene.
Phat Chex has been producing his own material since 2008 and has currently got a couple of releases under his belt and continues to push at the outer realms of Electronic music.