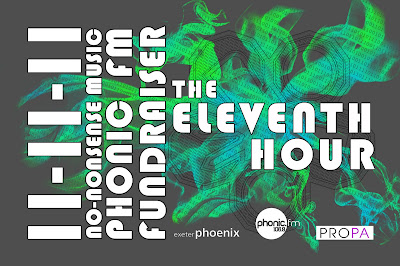 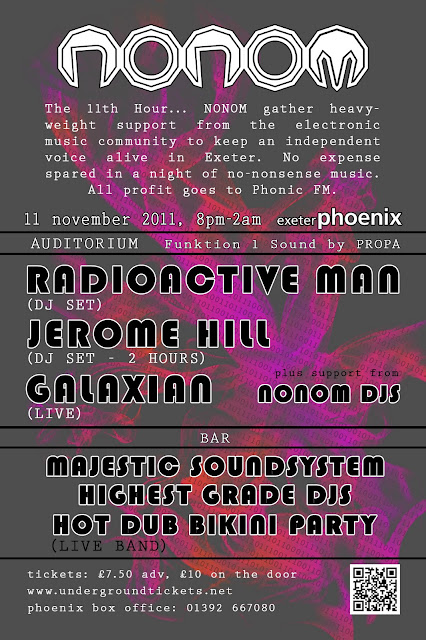 The 11th Hour... the future of independent radio is in jeopardy... in light of recent events we have gathered support from members of the electronic music community to aid us in keeping an independent voice alive in Exeter.  No expense spared, all profits go to Phonic FM.
YOUR RADIO STATION NEEDS YOU!

We have great pleasure in presenting to you the following acts to help fight the cause of 'a sound alternative in Exeter'.

Bar Area
Hot Dub Bikini Party (LIVE)
Majestic Soundsystem + Highest Grade
+ a selection of local DJ's from PHONIC FM
£7.50 Advance tickets (Phoenix box office)
£10.00 OTD
An absolute bargain
Arrive early to avoid disappointment as premier UK party wrecker Jerome Hill kicks the night off with a genre-defying selection of hip-hop, funk, techno, bass and all things wonk!  This will be followed by a militant DJ set by the legendary Radioactive Man.  Expect BIG BASS, 808's, robotic vocals, and a massive presence on stage - a balls to the wall electro bass workout!  If that isn't enough, rounding out the night will be a visceral live set of post-apocalyptic proportions from Scottish electro maverick Galaxian.
The bar area will be taking things on a slightly different level, with the amazing Hot Dub Bikini party.  Having just finished and released thier first album (The Fever), their 6pc band play an amazing live show of Dub, Reggae, Ska, Folk, and funk infused musical ecstacty - guaranteed to get you skanking like you've never skanked before.  If you have never seen these guys before then you are in for a big treat.  Supporting with will be the Majestic Soundsystem & Highest Grade, pumping reggae vibes to keep those behinds wiggling, and faces smiling during those somewhat tedious bar trips! 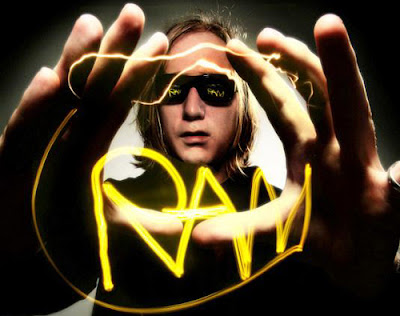 Radioactive Man is Keith Tenniswood, a producer and DJ known mainly for his partnership with Andrew Weatherall in The Two Lone Swordsman. Now years on from their last album together Radioactive Man is ready to unleash new solo material.

From a very young age when electronic music was kicking off throughout his home town of Weybridge and spreading to the raves in and around London, Keith soon became part of this collective from his meeting with Andrew Weatherall in the Sabres of Paradise Days. This started off Keith’s sonic deployment in the studio for Sabres linking his to the likes of David Holmes, Beth Orton, The Aloof, Red Snapper, Primal Scream, Jon Carter and Barry Ashworth, all previous to the band that he is always referred to being the other half of - Two Lone Swordsmen.

Two Lone Swordmen still have a firm hold on the heart strings of a generation and a time in electronic music, the album Tiny Reminders now has a ‘classic album’ status, with its raw machine funk and the depth of bass and soul that Keith has made his speciality.

His first album as Radioactive Man was self titled, released on Weatherall’s Rotters Golf Club label in 2001, his first solo long player from years in the studio had finally come together and the track that every artist has, and is always known the most for, Uranium, he shows he’s not only able to make bangers but truly emotionally stirring music. He then went on to become one of the first artists to contribute to fabric’s still to this day relevant and defining mix series. Booby Trap, is most definitely ‘a bit of a banger’ (his own words).
What soon became apparent is that Keith knows no genre, every track is distinct from the other but is always distinctly him. Full of Keith’s personality, as big in the flesh and on stage as in the music.

Come 2004, Two Lone Swordsmen’s Double Gone Chapel album released on Warp had shocked some from industry to fans from moving from electronica to both Weatherall and Tenniswood’s original inspirations dub and rock n roll. It was a new era for the partnership Keith on bass and guitar, Andrew on vocals and processed through the Two Lone Swordsman studio came the second phase of TLS.

Things then went quiet for TLS as both ventured into other projects, Keith decided to work with Christopher D Ashley playing guitar in his live band on the back of his Cruel Romantics album for Sunday Best as his third solo album Growl was released by Control Tower with the help of fabric.

Since Growl, Keith’s seen a few releases on his friend’s labels, one a collaboration with Luke Dumbstruck on Paul Blackford’s pure and resilient electro label Militant Science and Richard Wigglesworth’s Tudor Beats, a place for Wigglesworth’s explorative analogue acid output - both labels dedicated to two distinct niche sounds of underground electronics. This shows us something else unique about Keith, he does his own thing not what’s hot the moment, it’s always about real music and real people for him.

That leaves us with the many other tracks created by Keith frustratingly gathering static on his hard drive, a full album’s worth. Putting that album out however wasn’t a simple story, but now, finally it’s going to be released in the best format possible by the best people for the job from the heart of the scene that Radioactive Man was born into - WANG Trax. 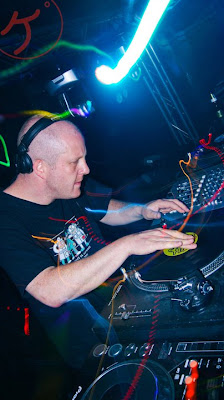 Jerome has an energetic DJ style with a strong presence behind the decks and has always believed in pushing things towards their limits, musically and technically through real time remixing and scratching using vinyl and two turntables, shunning the modern day image of the dj as someone sitting behind their laptop doing nothing, in a Jerome Hill set, there'll always be something to see, something changing, happening or about to happen.

Jerome has played tiny sweatboxes and massive clubs and festivals all around the world from Japan to Venezuala, Poland to Malta, Germany to Brazil.

Jerome is involved with and resident DJ at UK party/club Uglyfunk, which has been a mainstay in the capital for many years showcasing the type of techno that beatport doesn't want you to hear!

For seven years ending in 2004 he managed Camden Town's 'Dragon Disks' and 'Trackheads' record shops, punting out all manor of weird and wonderful music to London and it's visitors..

His label " Don't " has been releasing maverick technoid music since 2000 and his productions can be found on many other labels.

The New label Fat Hop (and new Pseudonym Itsu Uno) has kicked off with a bang, the releases topping charts and selling out fast and now a new alliance formed with a legendary hip hop crew (more on that later) means that there's much more to come!

His eclecticity and genuine love of music enables him to spin many different styles with his own style stamped on them .. from thundering techno, Breaks, electro, old skool right through to low slung funk, dancehall and party hiphop…. Although his favourite sets are the long ones where he incorporates all of the above and more.. A surprise is always just around the corner! 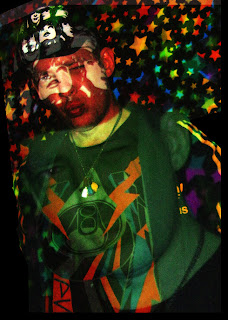 Based in Glasgow, Scotland, the grimey murder capital of Europe provides the perfect environment for Galaxian's distinctive take to the electronic sound.


Influenced by the purveyor's of classic Detroit techno, UK electronica and more recently the myriad hybrid sounds and styles which are now at the forefront of electronic music. His mutant sound incorporates dark atmospherics, quirky and strange electronics, menacing baseline’s and creeping groove's fused with full on, twisted, mind warping hi-tek funk.


With a diverse and varied approach to sound production he fuses a variety of different styles and has found favour with discerning DJs and audiences from genres as diverse as electronica, dubstep , techno and electro.  An uncompromising approach and non conformist attitude deliver an ever evolving sound which is at once captivating, innovative and forward thinking.

Inspired by such subjects as imperialism, history, propaganda, psychology, political ideologies and their misuse's in the social structure and culture.  Sometime's disturbing, sometime's unsettling.  Never dull.


So far 2011 has been a busy year for Galaxian having played at a number of events around the UK. Absorbing live shows are powerful, intense and unforgettable experiences.
Currently releasing on a number of well respected labels in the USA and UK.  An EP recently released on Napalm Enema Records, an album released to rave reviews on premier electro label Transient Force, upcoming EP on DJ Stingrays label Micron Audio Detroit and a host of other exciting vinyl releases due in 2011.  Constantly pushing the musical boundaries, Galaxians unique and iconoclastic style continues to solidify his growing reputation as one of the most exciting artists to emerge in recent times.